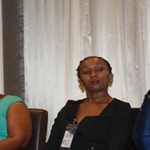 Founded in 1983 by 12 Pioneering Women doctors, our founders recognized that they could develop professionals and advocate for women’s health

Since its inception, KMWA has continued to advocate for the improvement of women’s health, children and the vulnerable. KMWA has been involved in health policy influencing and continues to do so culminating in the recently finalized Health Act of 2016.

To learn more about the History of KMWA, and women in medicine in Kenya, region and globally, read a number of KMWA documents and a 30 year Documentary depicting KMWA’s rich history available through the secretariat (info@kmwa.or.ke). 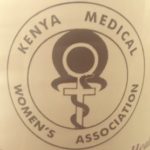 Our logo consists of the staff and snake of Aesculapius, the god of healing in Greek mythology. The original logo had an addition of the head scarf it was later removed to include double wings and two snakes. This has now been modified to our current logo which was adopted in March 2016.